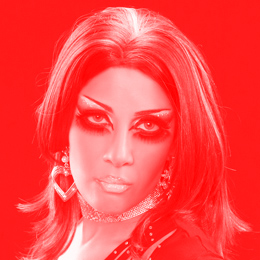 Fatima Al Qadiri, Caterina Barbieri and trio AMM are among the headliners of this year’s NEXT festival, which for the nineteenth time now brings a selection of the most interesting projects from the innovative music and sonic arts scene to the Slovak capital. Visitors can look forward to four days’ worth of original musical approaches, unheard-of sounds, spontaneous improvisation and audiovisual performances, complemented by a series of talks and workshops.

Between 28th November and 1st December, several venues in Bratislava will host over twenty concerts and performances by artists hailing from the USA, Canada, Italy, Tanzania, the UK, Netherlands, Hungary, Slovakia and elsewhere. “The compass of styles is broad, ranging from the electroacoustic avant-garde of prominent sound artists, through improvised music, experimental instrumentation to visionary electronica on the boundary of club music,” says the festival’s artistic director Slávo Krekovič. The artists all share a desire to explore new, open-minded approaches to musical production.

The most eye–catching names at this year’s festival include figures from the Italian New Wave scene, Caterina Barbieri and duo Primitive Art. Barbieri is considered one of past year’s most remarkable discoveries, and her debut album ranked highly on almost every end of the year music chart. The young Italian artist probes the hypnotic potential of psychoacoustic repetition on the human mind. Her Indian–rooted approach to composition unfolds into surprisingly organic sonic images.

Primitive Art create a unique blend of apocalyptic dub and echoes of industrial. Their EP on Arcola – a sub-label of Warp Records – is characterised by intense percussive and vocal storms hovering on the strange boundary of cool artificiality and animalistic vitality.

Fatima Al Qadiri is leading the way in futuristic, conceptually distinctive electronica associated with the Hyperdub label (Burial, Kode9, Laurel Halo). Be it virtual words or war through the prism of video games – her cold sinogrime is equally politically engaged as it is fierce. Quasi-traditional instrumentation, depersonalised choral voices and contemporary club sounds, Al Qadiri presents these at NEXT in the new guise of her thought-provoking audiovisual performance Shaneera, with visuals by Berlin-based studio Transforma.

Though more than half a century has passed since the founding of the legendary British group AMM – Eddie Prévost, John Tilbury and Keith Rowe still captivate with their engaged and radical message, consisting in a continuous redefinition of free improvisation. To trace the history of improvised music without AMM would be impossible: they were right at the genre’s birth in the 1960s.

This year’s NEXT will also present a number of special projects as well as several premieres of new works. Living electronica legend Peter Zinovieff, an innovator and co-creator of synthesizers for London’s EMS (Electronic Music Studios) who left a distinctive mark on the sound of the 1970s, will perform together with cellist Lucy Railton, whose innovative approach is poised between classical instrumental music and experimental electronica.

… and many other unique projects

NEXT is by no means only about big names. Hungarian Bálint Szabó’s Gosheven undermines and bends the status of the European musical tradition, sidesteps the staleness of contemporary tuning and draws inspiration from other, more or less forgotten tonal systems, which find expression in his slowly but steadily-paced tracks. Szabó’s first-time quadraphonic performance will be the culmination of his autumn residency at Bratislava’s A4 – Space for Contemporary Culture under the Visegrad Artist Residency Program.

Contemporary futuristically–minded electronica will be represented by several artists. Crystalline polyrhythms built into precise structures – that is the gist of the project Jung An Tagen, which demolishes all boundaries between technoid unrestraint and the sterility of conceptual electronica. His audiovisual performance is presented in collaboration with the SHAPE platform and the Austrian festival Musikprotokoll.

An intense, almost laboratory spectacle titled DATANOISE will be brought by Canadian duo Pierre-Luc Lecours a Alexis Langevin-Tétrault, who explore the interaction between gesture, sound, light and space, and escalate it into an extreme physical full sensory experience. International electroacoustic trio Shitney will swipe improvisation of the dust of complacent elitism.

NEXT will follow up on last year’s club night with a number of special guests. In collaboration with the club label Mäss, this year’s edition will feature the godfather of the legendary label Fade to Mind (Kelela, Kingdom), New York-based DJ Total Freedom, who is known for delivering eclectic combining a wide variety of contemporary club production.

NEXT 2018 is organised by Atrakt Art together with A4 with the support of public funding provided by the Slovak Arts Council, the EU’s Creative Europe program, the Bratislava Regional Grant Scheme, SOZA and Ars Bratislavensis.