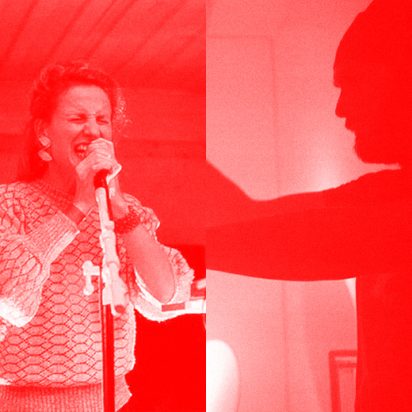 An amusical platform investigating the human voice in various subject-object constellations. This new rendition of a project by performer and vocalist Anna Čonková featuring percussionist Elio Moretti was commissioned by the festival and aims to combine live and recorded sound in rounds of instant immanent composition. Anna Čonková graduated in alternative and puppet theatre acting at the DAMU in Prague, she has performed at several traditional and alternative theatres in Slovakia and the Czech Republic. Italian drummer and performer Elio Moretti explores interdisciplinary overlaps between music and the dramatic arts, with an emphasis on the relationship between the languages of movement and sound.