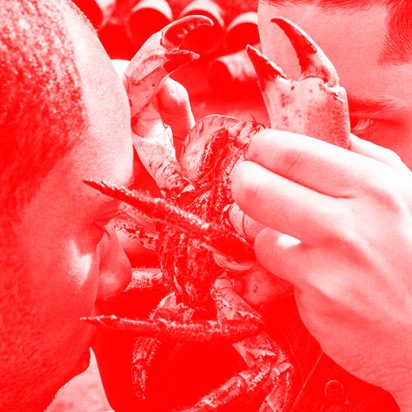 Primitive Art are another name on the map of the Italian New Wave – alongside figures such as Lorenzo Senni, Nicola Ratti, Caterina Barbieri and Still a.k.a. Simone Trabucchi, whose label released their debut LP Problems (2013). This project, combining apocalyptic dub with echoes of industrialism, is the child of the solo activities of Matteo Pit, the artistic director of the prestigious Club Adriatico, and Jim C Nedd, the director of a documentary on the sound-system culture of Colombia, whose research has, in addition to a compilation for Honest Jon’s, partly come to fruition in their new EP Crab Suite. Their EP on Arcola (Rian Treanor, Nkisi) – a sub-label of Warp Records – is characterised by haptic to hypnotic percussive and vocal studies hovering on the strange boundary of cool artificiality and animalistic vitality.