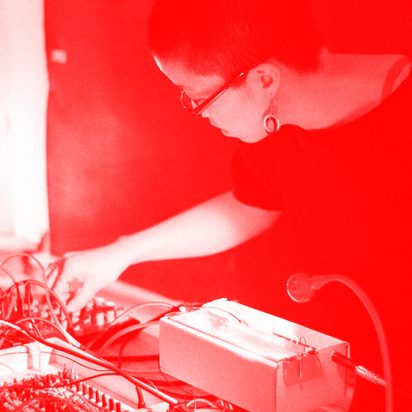 The work of Netherlands-based Korean composer and musician incorporates acoustical instrumentation (traditional and new), as well as both analogue and digital systems. Her intense concerts build on the rich ritual aspect of the Korean shamanic tradition, whose excerpts she modulates by means of gradating noise structures with a sense for detail. Her versatile talent ranges from introspective songs and orchestral works to compositions designed for Wave Field Synthesis system (a 192-loudspeaker setup), exploring the possibilities of physicality and the spatial aspects of sound. Ji studied composition in Amsterdam and at the Institute of Sonology in The Hague.
Her new work is commissioned jointly by A4 and the Sonic Acts festival in Amsterdam, as part of the international collaborative project Re-Imagine Europe, co-financed by the EU’s Creative Europe programme.