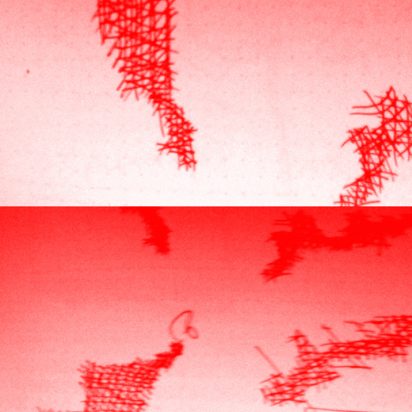 Berlin-based sonic artist hailing from Mexico. His work investigates the diverse spatio-temporal interactions between technology, sound and the act of listening itself. Most of his work consists of site-specific compositions and installations designed with a view to a specific architecture, whose purpose is to uncover the complex resonatory potential of a concrete space. Esquinca also draws upon an aesthetics of error, heavily escalated sound and on unexpected situations produced by variable acoustical conditions, the limitations of the sound card or the listeners’ perceptual tolerance. Feelings of restlessness and a failure of one’s sense of orientation were experienced early this year in front of the sound system at Berghain by the visitors of CTM festival. This new work was created during Hugo’s residency at the Dutch STEIM (Studio for Electro-Instrumental Music) and at A4 in Bratislava, for a joint commission by A4 and the Amsterdam-based festival Sonic Acts, as part of the international collaborative project Re-Imagine Europe, co-financed by the EU’s Creative Europe Programme.