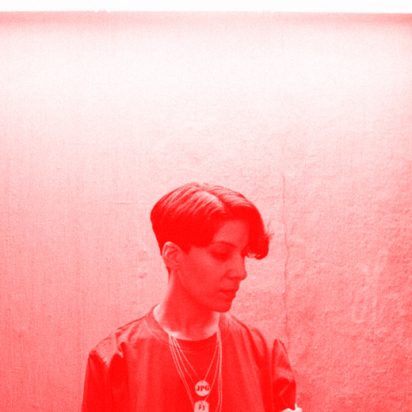 While Saddam invaded Kuwait, she spent her time at the PlayStation – ironically enough, playing games like Desert Strike. A terrifying but strangely hypnotic vision of a ride through a desert of blazing oil fields, memories of a fearful childhood and images of escape from the homeland are still present under the synthetic velvet guise of her production for the British label Hyperdub (Burial, Kode9, Laurel Halo). Fatima Al Qadiri ranks among contemporary producers leading the way in engaged futuristic, conceptually distinctive electronica. War through the prism of video games, virtual worlds generated by toxic exoticism and swat teams with Teletubbie faces – her chilling sinogrime is equally engaged as it is fierce. Quasi-traditional instrumentation, depersonalised choral voices and points of departure for contemporary club production, Fatima Al Qadiri presents these at NEXT in the new dress of her thought-provoking A/V project Shaneera, with stunning visuals by Berlin-based studio Transforma.